Report: Serverless is Pervasive in the Big Three Clouds 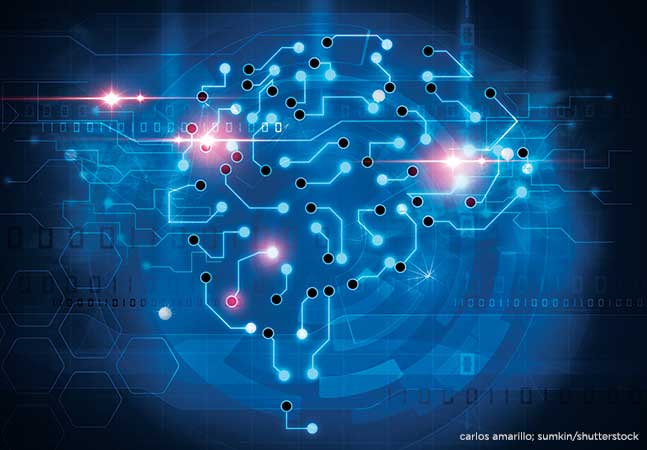 A new Datadog report indicates that serverless computing has gone mainstream and is now used by more than half of the company’s customers across all of the “Big 3” cloud computing platforms: Amazon Web Services (AWS), Microsoft Azure and Google Cloud Platform (GCP).

The monitoring and security specialist leveraged usage telemetry from thousands of its clients to compile the report on serverless computing, which typically involves distributed snippets of code, or functions, that are triggered by various types of user or system events. , instead of monolithic programs.

“Serverless has transformed application development by removing the need to provision and manage any underlying infrastructure,” the report says. “Today’s serverless ecosystem has become more mature and now has considerable overlap with the world of container-based technologies. The wide range of options available has led more than half of organizations operating on every cloud to adopt serverless technology.

In fact, the chart below shows Amazon Cloud leading in the percentage of Datadog users using AWS Lambda, the main serverless service, or its other options: AWS App Runner, ECS Fargate, and EKS Fargate.

Datadog started the State of Serverless reports years ago and now updates the numbers regularly; this is the third edition. Throughout the series, the company has noted a growing correlation between serverless computing and the use of containers. In this report, container-related data points for each cloud include:

Emphasizing again the growing serverless/container connection, Datadog said: “This evolution highlights the growing range of options available to organizations that want to use serverless technology, as well as a shift in the way serverless technologies are leveraged. For example, in addition to using serverless functions to execute event-driven code, many organizations are also deploying containerized applications on serverless platforms such as Azure Container Instances, Google Cloud Run, and Amazon ECS Fargate.”

In fact, the report indicates that one in five Lambda users are deploying functions as container images. Datadog said that approach has several advantages, including the ability to have much larger containers, up to 10GB, compared to the .zip file approach, which is limited to 250MB.

“This significantly larger size limit allows organizations to take advantage of highly dependent libraries like NumPy and PyTorch, which support data analytics and machine learning tasks,” Datadog said. “In addition, packaging Lambda functions as container images makes it easy for organizations with existing Docker-based deployments and CI/CD pipelines to integrate serverless solutions. This ability to seamlessly incorporate serverless functions into existing workflows can save teams a significant amount of time and increase their productivity.

Other highlights of the report include:

Since this is the third edition of The state of serverless reports, the company is beginning to shed more light on trends in the space.

“Serverless technology has long been promised as a way to quickly scale and simplify operations without having to worry about infrastructure management,” said Ilan Rabinovitch, an executive at Datadog. “Since our last report in 2021, serverless has become pervasive in our customer base. Importantly, we are seeing serverless technologies being used in critical external and internal applications. This is in contrast to a couple of years ago when It first launched serverless monitoring and the usage leaned towards R&D scenarios.”

For the coverage of Datadog’s February 2020 report, see the Virtualization and cloud review article “Report: AWS Lambda is a Big Hit for Serverless Computing, Especially with Containers.”


David Ramel is an editor and writer for Converge360.